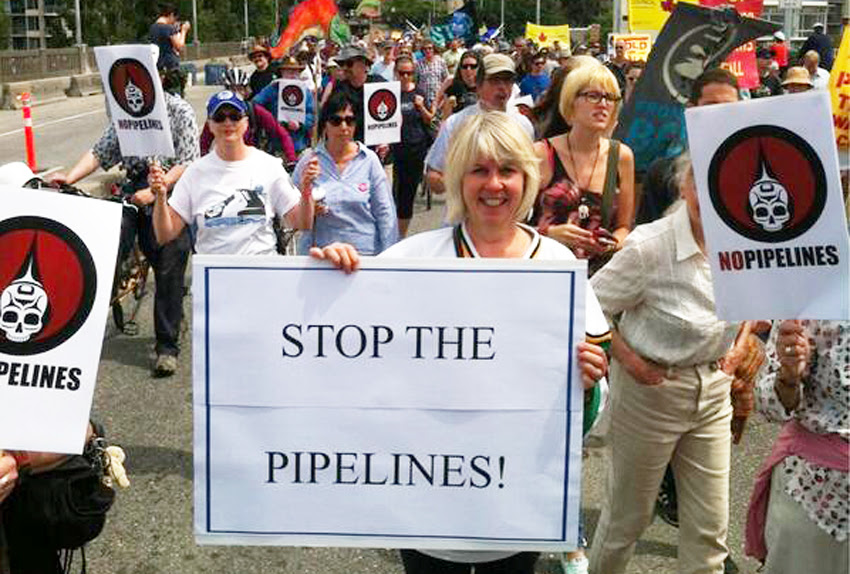 "I feel betrayed by Trudeau. Betrayed
because he promised action and leadership on climate and today’s approvals make that impossible.”

The Green Party of Vancouver has consistently held the position that the proposed pipeline expansion is far too risky for this region, with no economic benefits.

Two-term Park Commissioner Stuart Mackinnon states, “I’m devastated. It will only take one small spill to ruin our pristine prize of Stanley Park and forever change Vancouver’s beaches and our local environment."

Says local restauranteur and Park Commissioner Michael Wiebe, "It’s hard to watch our federal government promise more to protect our coastline and then months later approve something that will completely destroy it."

"We cannot mitigate the risks of a spill: 99% of accidents in restricted waters are caused by human error and there's no way to clean up tarry bitumen. This decision was not based on science. There was no modelling at all of a marine bitumen spill by Kinder Morgan.” says Carr. "There's no good economic case: only huge costs to clean up spills and deal with global warming. The world is investing in renewable energies with their more stable, long term jobs. Fossil fuels are increasingly becoming stranded assets as world moves to low carbon future to mitigate climate change.”

Councillor Adriane Carr vows to rally fellow Greens to join the fight: "Clayoquot Sound will be like a picnic in a park compared to the protests against Kinder Morgan. I have been a law-abiding citizen all my life but feel compelled, for my children's sake, to join First Nations and other concerned citizens in non-violent civil disobedience to stop the construction of Kinder Morgan's pipeline."