The Park Board passed unanimously my motion to allow neighbourhood groups to plant flowers in unused public spaces. With a slight tweak to the costing sources, all commissioners spoke in favour of the motion. My thanks to all the folks who spoke wrote and otherwise supported this initiative. Thanks also to the COPE, Vision and NPA commissioners who saw the value in this.

Also at last night's meeting, motions on using underused indoor and outdoor park spaces for community groups passed, as well as support for childcare. Last night was an example of how a Board of disparate groups can work together for the common good. let's hope this spirit can continue.
Posted by Stuart Mackinnon at 7:57 AM 1 comment:

Rooting for a plan to reclaim the land 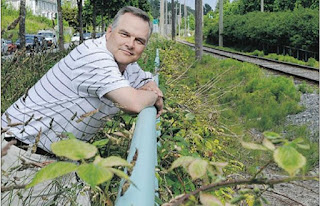 Small, unused and neglected bits of the Vancouver landscape could get turned into flower or vegetable gardens if a motion by Green Party commissioner Stuart Mackinnon gets approved at the next Vancouver Board of Parks and Recreation meeting.

Mackinnon has a motion before the board Monday asking staff to identify underutilized public spaces such as boulevards or verges.

He wants those spaces, many of which are not regularly groomed because of parks board cutbacks, to be turned over to neighbourhood groups for beautification.

Most of the spaces probably aren't big enough for vegetables, but Mackinnon hopes to see patches of flowers instead of weeds, invasive plants and blackberry bushes.

He got the idea from a neighbour in his community who cut down the weeds bordering a path running along some railway tracks and replaced it with flowers.

MacKinnon doesn't know how much unused space is available.

The Cambie Heritage Boulevard already has a defined use, but the boulevard on King Edward Avenue is a possible spot for Mackinnon's motion.

"I can't see why we wouldn't want to do this," said Mackinnon, whose proposal wouldn't require funding beyond some possible initial clearing.

"This is not land that's being used," he added. "It would get people in the community involved."

© Copyright (c) The Province
Read more: http://www.theprovince.com/Rooting+plan+reclaim+land/4992032/story.html#ixzz1Q6kM2ADW
Posted by Stuart Mackinnon at 7:03 AM No comments:

What Are the Bees Telling Us?

Queen of the Sun: What Are the Bees Telling Us?

A documentary on the global honeybee crisis coming to Vancouver June 24-30@ Denman Cinema: 1779 Comox Street - find out how you can help bees!

Bees are losing habitat all around the world due to intensive monoculture-based farming practices, pristine green (but flower-barren) sprawling suburban lawns and from the destruction of native landscapes. Just planting flowers in your garden, yard, or in a planter will help provide bees with forage.
My motion (see blog entry below) supporting community flower gardens on public verges, boulevards and empty lots will help the bees. Please support my motion by writing to the Park Board (pbcomment@vancouver.ca) or sign up to speak to the Board.
Posted by Stuart Mackinnon at 9:32 AM No comments: 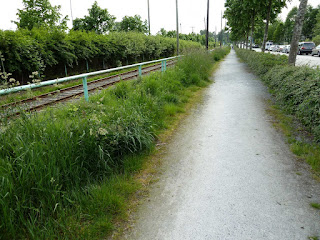 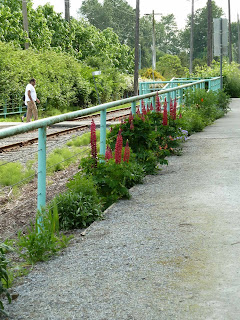 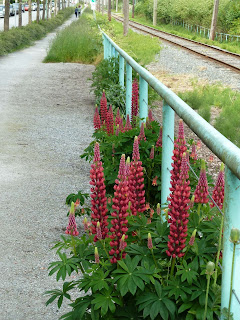 Video Here
Posted by Stuart Mackinnon at 8:19 AM No comments: