What kind of a City do you want? Part 2

The City of Vancouver has entered its second phase of consultation on the 2015-2018 Capital Plan. Here is a blog posting I wrote earlier this year. The link at the end is for the new city website.

In the 9 May 2014 edition of the Vancouver Sun in a section called this day in history, they ran an article entitled "The failed industrial plans for Spanish Banks", describing the plans of the former Municipality of Point Grey (1908-29) to industrialize the area we know today as Spanish Banks beach. The plans included heavy industry, docks and even an airport. Point Grey Road would have continued through Jericho Beach and have become a major thoroughfare.

All a bit of nostalgic fluff? Not at all. This was a town doing what towns do: planning. If not for the amalgamation of Point Grey into Vancouver, the beloved beaches of the west-side might not have existed today. This is why planning is so important. So important that it should not be left solely up to the politicians to make these decisions. It is the residents, the citizens, the taxpayers who must make these important decisions.

We have an opportunity to comment on Vancouver's next Capital Planning right now. The Capital Plan is our financial plan to invest in the City's systems. Make your opinions known. Make your voice heard. Get involved. Share your views of the City's Capital Plan.

The City will allow you to provide feedback on the draft capital plan in various ways:
In addition, in August, an independent professional research firm based in BC will recruit by phone a representative sample of Vancouver residents and business owners to take an online survey in English and Chinese.

For more in information go here.
Posted by Stuart Mackinnon at 3:18 PM No comments:

Stuart Mackinnon hopes for another term on Vancouver Park Board

Former Green Party park board commissioner Stuart Mackinnon wants to get his old job back. Mackinnon, who lost his seat in 2011 after serving one term, is one of only three Green Party candidates ever elected to office in Vancouver.

He is joined on the campaign trail by political newcomers Michael Wiebe in running for park board, as well as Janet Fraser and Mischa Oak for school board.

Mackinnon said he is disappointed with how the seven-member park board has performed while under the control of a Vision Vancouver majority.

“I really think that [it’s] the lack of park maintenance, the lack of respect shown to community centre associations and the lack of attention to what the mandate of the park board is,” he told the Courier. “I’m hoping these are going to be the real issues during this campaign.”

Mackinnon, a special education teacher at Killarney secondary school and vice-president of the VanDusen Botanical Garden Association, was known for his outspoken opposition to keeping cetaceans in captivity at the Vancouver Aquarium while in office. He said the recent decision to ban them from breeding was made by commissioners who aren’t seeking re-election as a way to avoid addressing the emotional issue head on.

“I think it is a deferral of any real decision,” said Mackinnon. “What I called for when I was on park board before was a plebiscite to let the people of Vancouver decide what happens on their park land. The aquarium is in a park so it falls under the jurisdiction of the park board and I think the people of Vancouver have a right to say what happens. [Vision] have a very difficult time making those kinds of decisions and so what they’ve done is deferred the real decision-making to another board.”

He acknowledged that, even if both Green candidates are elected, holding a referendum will be a long shot but pointed out that COPE endorses the idea as well.

Mackinnon was the only incumbent park board commissioner not to be re-elected three years ago, coming in twelfth out of 21 candidates. He also ran unsuccessfully last year for the provincial Green Party in the Vancouver-Fraserview riding, coming in a distant third to Liberal candidate Suzanne Anton and NDP runner-up Gabriel Yiu.

Wiebe is the owner of Eight ½ restaurant lounge in Mount Pleasant, which specializes in sustainable food, and is a former lifeguard for the park board.

Fraser has a PhD in chemistry and is a co-founder of neighbourhood organization Marpole Matters, who has also spent the past 10 years volunteering for a parent advisory council. Oak, a substitute teacher who claims to have worked in almost every school in the city, is a former NDP electoral district association president for Vancouver Centre and a board member for the Vancouver Pride Society.

Green Party of Vancouver announces Park Board and School Board nominees

Miller says the Party’s Candidate Screening Committee has examined each of the applicants and is impressed that they will make excellent candidates and be highly effective in their elected offices. They join a strong Green Party Vancouver City Council team: Adriane Carr, Cleta Brown and Pete Fry. The Candidate Screening Committee will recommend that the Green Party of Vancouver’s members give their official endorsement to these nominees at a September 7 nomination meeting.

Seeking the Green Party of Vancouver members’ nomination for Vancouver Park Board are: 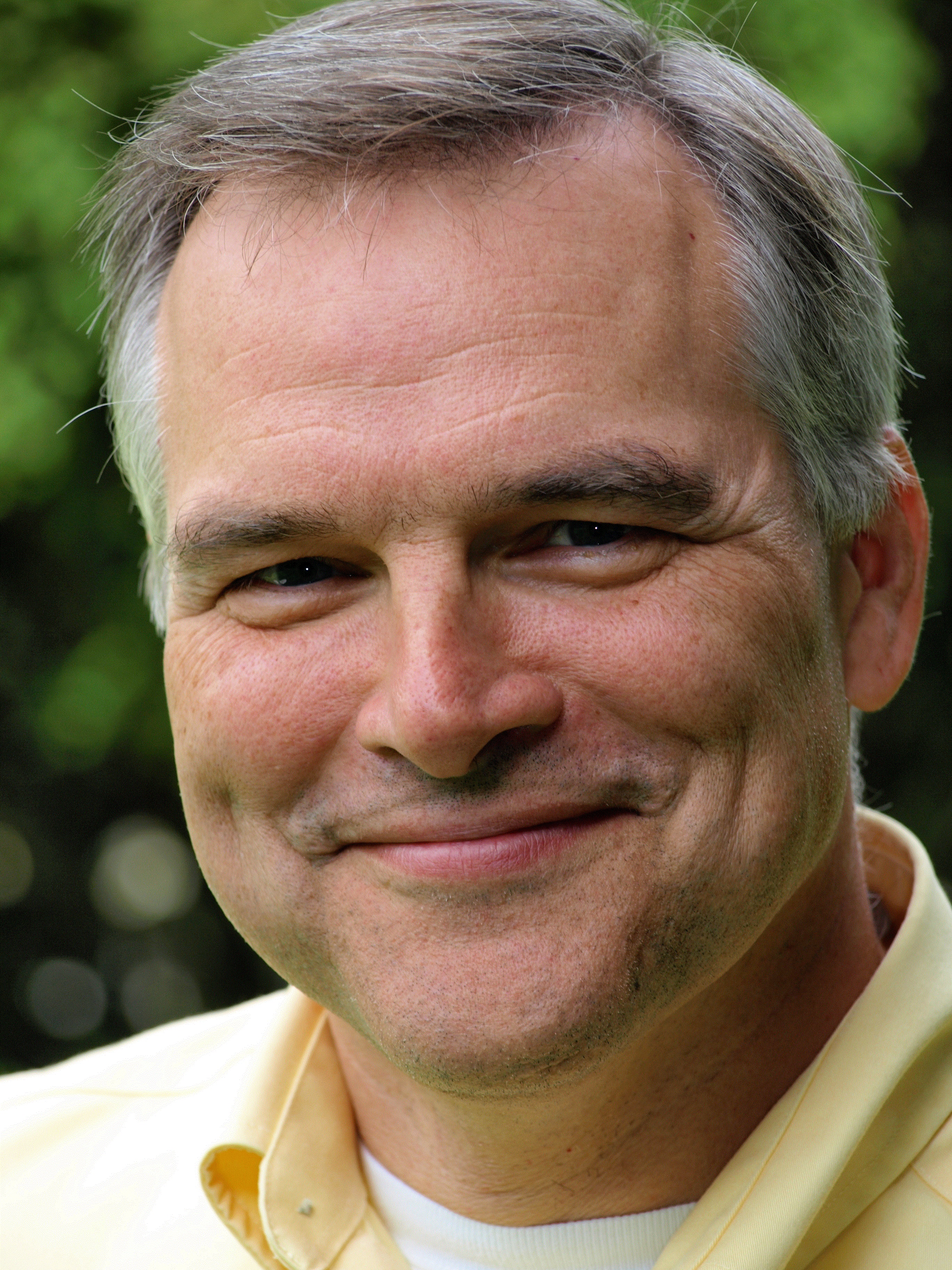 Mackinnon is well known for advocating for an end to cetacean captivity at the Vancouver Aquarium during his term on Park Board and in recent debates. Having attended Park Board meetings for years even before being elected to the Board, Mackinnon earned a reputation as the most knowledgeable, well-prepared Park Commissioner while in office. He has been a strong, consistent advocate for maintaining Vancouver’s parks and green spaces in pristine condition.

Mackinnon says, “I'm running for Park Board with the Green Party because I want to return Vancouver to the beautiful city with parks and gardens it once was. A city where everyone can play in their own neighbourhood, and where common sense and community values are what drives decision-making.”
Learn more about Stuart Mackinnon: www.betterparks.org (blog)
and www.betterparks.ca (website) 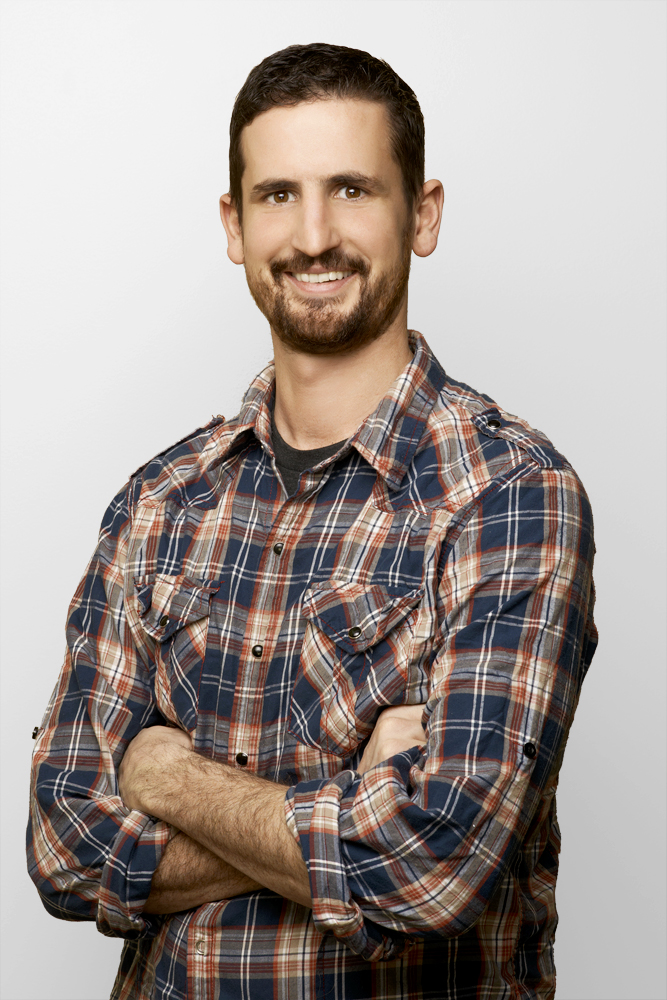 Wiebe has had a love affair with Vancouver’s parks and recreational facilities since childhood when he mapped out the wheelchair accessibility of Stanley Park’s entire trail system at age 12. He went on to become a lifeguard for Vancouver Park Board at age 16. In 2003, Wiebe co-founded the Vancouver Lifeguard Association; he continues his love for parks, using them for ultimate frisbee, bocce, soccer, and more.

“I’m running for Parks Board Commissioner because the voices of our city have been lost,” says Wiebe. “I noticed this firsthand on the Mount Pleasant Implementation Committee. We need to take advantage of the opportunities this city has during a time of growth to work together to maximize our resources and build more natural parks and a healthier food system; foster grassroots community initiatives; and create a sustainable waste management program. ”
Learn more about Michael Wiebe: becascadian.com

Seeking the Green Party of Vancouver members’ nomination for Vancouver School Board are: 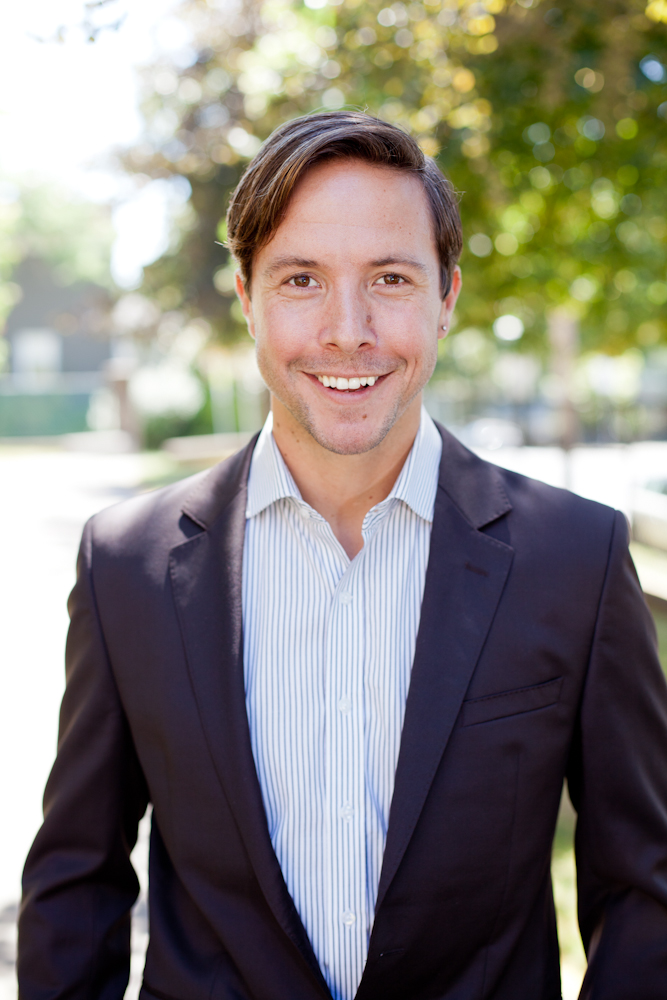 • Mischa Oak
Teacher-on-call, Vancouver School District
Vancouver Centre NDP Electoral District Association President, 2012-13
Vancouver Pride Society: former Board Member & Volunteer Coordinator
Oak is strongly motivated by his own experiences in Vancouver schools both as a teacher-on-call who has worked in almost every school in the city, and as a student growing up in Vancouver schools. Prior to embarking on a career in education, Oak obtained a degree in Commerce from Queen’s University. He has been active in a wide range of community and political organisations.

“I’ve been a Vancouver teacher since 2008 and have experienced firsthand the challenges our schools face,” says Oak. “As your school trustee I will work to get the Vancouver School Board to stand up to BC’s provincial government and demand fair funding for public education. Too many kids and families face discrimination and fear at school, so I have a plan to move our schools to be more LGBTQ + Diversity Proud.”
Learn more about Mischa Oak: www.voteoak.com 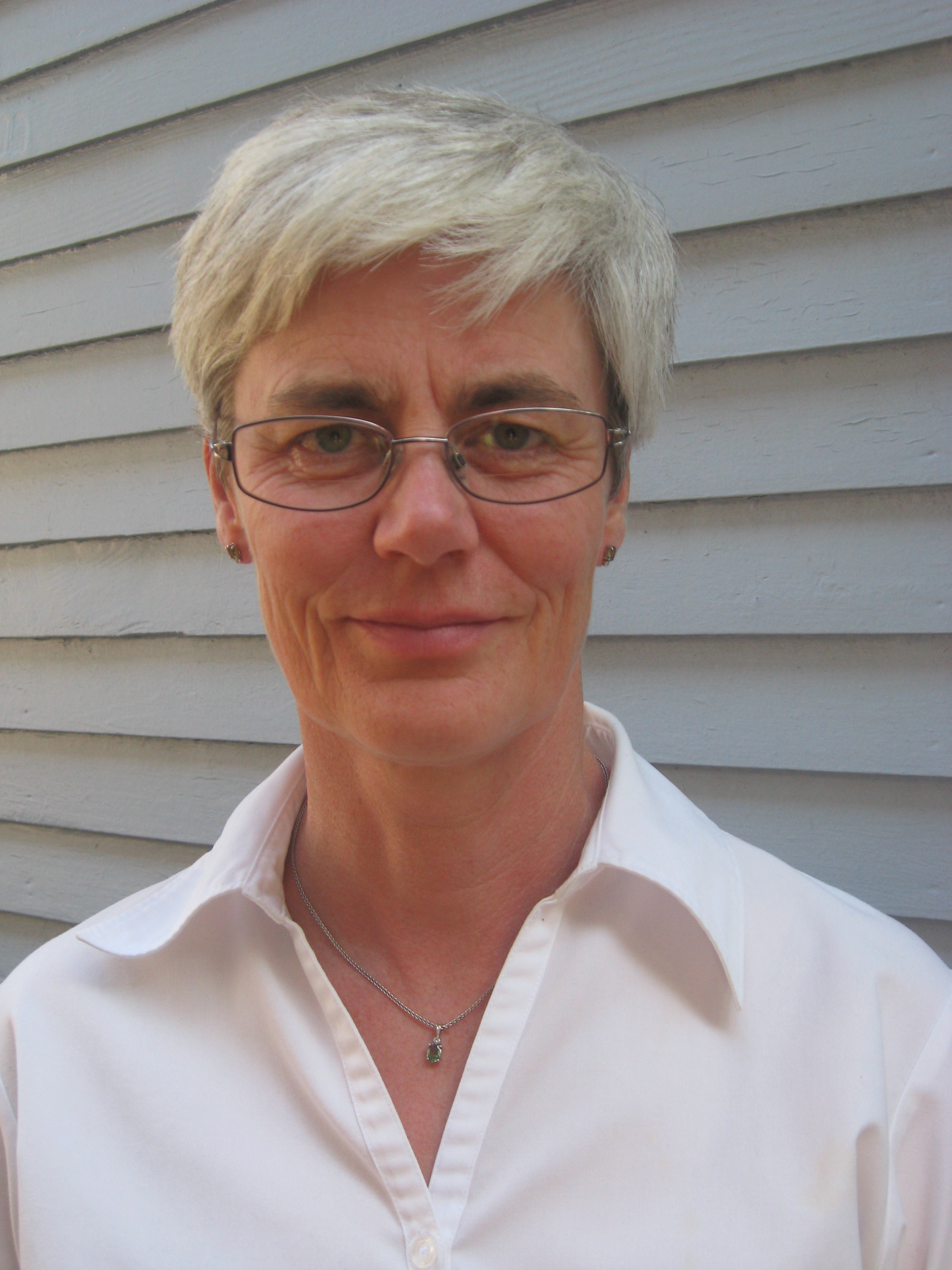 As an active parent of school-aged children and engaged resident of her Marpole community, Fraser knows the issues facing Vancouver’s schools inside and out. As co-founder of the neighbourhood organisation Marpole Matters, she has a reputation for thoroughly informing herself on community issues and educating her neighbours about matters affecting them.

“I’m seeking the Green Party nomination to run as a school board trustee to make sure all of Vancouver’s children have the opportunity to thrive at school and become engaged and successful citizens,” Fraser says. “The core value I’ll bring to my role as School Trustee is sustainability — sustainability of the school community, the student family, and school infrastructure and processes.”

Green Vancouver City Councillor Adriane Carr urges Vancouverites to elect the entire Green Team this November: “These are excellent candidates with extensive community experience who will bring a much-needed balance to our City Council, Park Board and School Board. They’ve all got enthusiasm, a strong work ethic and dedication to creating a better Vancouver. I couldn’t be happier with our entire team.”
* * *
Green Party of Vancouver’s official nomination meeting for Park and School Board candidates: September 7, 11 a.m.; Alliance for Arts and Culture Boardroom, 938 Howe St., Vancouver. Click here for more info or to RSVP.
Posted by Stuart Mackinnon at 5:03 PM No comments:

This letter was sent to the Vancouver Park Board Commissioners and published in the Straight.com on-line newspaper.

As former Park Board Commissioners, we would like to give our support to ending the captivity and display of marine mammals, particularly cetaceans, in Vancouver Parks at the Vancouver Aquarium.
The display of whales and dolphins is a practice that has outlived its usefulness both for public education and for research. The most desperately needed research in these areas is to work on limiting the impact that humans have on the marine environment, research that cannot be done in captivity.

We feel that the aquarium tanks, regardless of current and future expansions, are inadequate for the humane support of dolphins, belugas or any other type of large marine mammal.

The “showing” of these animals in an artificial environment does not serve current educational practices. The environmental message that citizens, young and old, in Vancouver need to receive is that we need to care for the natural ocean habitat and its inhabitants. Marine mammals sequestered in tanks and performing in shows reinforce a 20th century idea that humans should have dominion over these animals. It is antiquated and harmful to the animals.

The scientific consensus of researchers outside of the Vancouver Aquarium is that these animals are much better off in their natural environment than in the miniscule tanks.

We urge the board to use its powers as landlord to the Vancouver Aquarium and as the elected voice of the people of Vancouver on these matters to phase out the keeping of marine mammals in captivity.