(Vancouver), Park Board Commissioner Stuart Mackinnon is asking Vancouver residents to remember the animal victims of the Japanese tragedy. “Along with the incredible human suffering and destruction caused by the Earthquake and Tsunami, many animals were swept away and lost. Many that survived are now homeless and need our help” said Mackinnon.

A message on the Animal Rescue Kansai (ARK) website says: “The tragedy keeps on unfolding. Thousands of people are dead or missing and we can assume that most animals in the path of the tsunami perished. We are especially concerned about the number of pets left unattended in homes by people forced into the evacuation centres near the nuclear power plant in Fukushima. It is not clear how many would have been allowed in these centres with their owners. Others in evacuation centres have lost everything and if they have pets will probably have to give them up.”

Mackinnon, Vancouver’s elected Green Party Park Board Commissioner, is urging people to also donate to animal rescue organizations in Japan. “I have donated to not only the Canadian and Japanese Red Cross, but also to an animal rescue organization” said Mackinnon. “Animal Rescue Kansai (ARK) and the Japan-Earthquake-Animal-Rescue-and-Support have Paypal accounts so you can donate on-line”, he added.

helping our animal friends in Japan

Further to my previous Blog about Ultimate Loyalty, anyone wishing to help our four-legged companions in Japan can contact any of the following volunteer agencies. They too need our help and donations.

Another way to find out what is happening or to donate is:
Japan-Earthquake-Animal-Rescue-and-Support at Facebook


Here is a note from ARK:

ARK will accept as many animals as possible, those made homeless from the TOHOKU-PACIFIC earthquake and tsunami which occurred on 11th March.

The tragedy keeps on unfolding. Thousands of people are dead or missing and we can assume that most animals in the path of the tsunami, perished. Being a rural area, most dogs would have been chained, unable to escape. Foreigners are being recalled to their countries by their companies for their safety. Already we have a cat called Maggie. We had to pick her up from Kansai airport, as her owner left for Germany.

We are especially concerned about the number of pets left unattended in homes by people forced into the evacuation centres near the nuclear power plant in Fukushima, It is not clear how many would have been allowed in these centres with their owners. Others in evacuation centres have lost everything and if they have pets, will probably have to give them up.

Our office in Tokyo as well as foster homes will be able to take in some animals, others may be brought by air, once airports are open, to Osaka. We are preparing spaces to take them in here in our Nose shelter. We are also thinking of building a temporary shelter on the land in Sasayama (about 40 minutes from ARK by car). At present the land there is being prepared for building but no construction yet. Any donations will be used for the animals made homeless in this terrible disaster. Thank you all for your concern and help. We will do our best for these animals.

Elizabeth Oliver Chairman of the Board of ARK
Posted by Stuart Mackinnon at 6:25 PM No comments:

Skip to the Loo: Why public toilets matter

Here is a link to a great article in The Walrus. I've made public facilities one of my priorities for the Park Board. Staff should be reporting back soon on the future of our public conveniences. Here is a link to my blog about public washrooms: When You Have to Go.
Posted by Stuart Mackinnon at 2:56 PM No comments:

Japanese Dog Refuses to Leave Injured Friend Behind
In all the news about the terrible tragedy of the earthquake & tsunami in Japan, pets and other animals are the forgotten victims. This video shows the incredible compassion animals possess. When you think about donations to the Red Cross, please also consider a donation to the SPCA.

Here is an interesting article from the Tahoe Daily Tribune:

HUMANE SOCIETY: The plight of Japan's pets
March, 15 2011
By Dawn Armstrong
Special to the Tribune

What happens to pets and livestock in times of disaster has become of international concern. The specially trained animal welfare professionals and volunteers who respond to disasters became more visible to the world via television and Internet during Hurricane Katrina response and recovery. When disaster strikes, human survival becomes a priority, but there are organizations which focus on the survival of animals as well.

“Although a country like Japan experiences earthquakes frequently, nothing had prepared us for one on this scale,” according to an ARK web posting. “From our experience of the Great Hanshin earthquake on Jan. 17, 1995, we know that the number of homeless pets may be immense. We are preparing for what might be a huge influx of animals.

We already have some facilities in place and a team of experienced staff able to deal with traumatized animals. We may have to build emergency shelters as well. The logistics of getting animals from the Tohoku/Sendai area is immense since roads and other transport links have been cut and may take time to restore. Our only means to get animals down to Osaka may be by helicopter.”

The American Humane Association headquartered in Denver is on call to respond if asked to help.

“We are closely monitoring the situation in Japan,” the AHA reported via its website. “We are reaching out to our international partners regarding a joint response to this emergency.“

The U.S. based World Vets has also pledged support.

“World Vets has been monitoring the situation in Japan,” according to the organization's website. “We are currently working to coordinate relief efforts for the animal victims affected. We have made contact with U.S. Army veterinary associates stationed in Japan as well as Japan based animal charities and World Vets veterinary volunteers who remain on standby. We have supplies ready to go and are preparing the deployment of a first-responder team to carry out an ‘on the ground' assessment and provide initial aid.

The common concern at the moment are the animals that are being left behind and/or missing. The base of operations is being established in a safe location outside of the epicenter where animals will be temporarily sheltered and cared for.”

And, as always, the animals themselves are responding to help humans survive. National Disaster Search Dog Foundation based in Ojai, California is sending six Canine Disaster Search Teams to assist with human rescues.

Is your family — including your pets — ready for emergency or disaster?

While pundits ponder whether it will be fire, flood or earthquake — get ready. Free disaster preparedness kits for pets are available from the Lake Tahoe Humane Society and S.P.C.A. Call or come by to pick up yours, 530-542-2857. 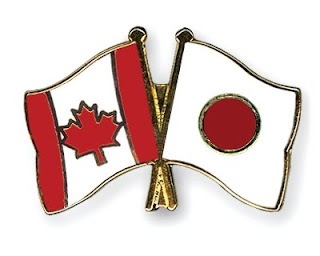