Vancouverites like gentle rain, and even torrential downpours. We don't, however, like rain that comes from the side apparently. 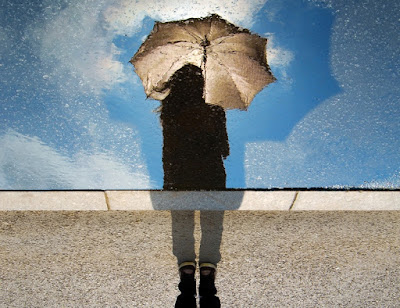 Vancouverites like gentle rain, and even torrential downpours. We don't, however, like rain that comes from the side apparently.   Photograph By David Marcu

Vancouverites, you own a lot of umbrellas. You need to because you lose a lot of them, too.

You are very good recyclers but only a third of you have recently used a carshare.

To celebrate its birthday on April 6, the City of Vancouver used its TalkVancouver portal to ask residents about their own "Vanniversary" — the day that marks their arrival in Vancouver or, if they were born here, what they like to do in Vancouver on their birthday to celebrate..

More than 2,300 people responded. Here are some highlights.

• 69 per cent moved here from somewhere else; the most common reason was the lure of west coast life

• 25 per cent were born and raised here

When you knew you were a Vancouverite

• “Frustrated with housing prices, we finally decided to pull the chute on Vancouver – but then we couldn't choose another Canadian city that had this balance of bikeability, weather, friends and fun. So we're here to stay....”

• “I am not there yet. I still feel pretty Spanish. But this Talk Vancouver is helping me to feel part of the city and build the identity I could say I am proud of..”

You and the Rain

• 36 per cent like gentle spring rains — did the questionnaire ask how often? — but 22 per cent said torrential downpours were the best

You and the Snow

• while half of us thought winter was far too long, it also held some of our favourite memories such as skating on Trout Lake and brought people together

• “There was a blue sky in January!!! ," one respondent wrote. "I was probably in the best mood I have ever been in in January since I moved here. And I had so many random conversations -- I met more neighbours shoveling snow for 30 minutes than the five years had lived in my place."

• the city should have and could have done more to cope with the snow.

On Vancouver "typical" attitudes and behaviour

• beautiful, expensive and green were three of the most popular words to describe the city

• over 90 per cent recycle as much as they can

• the top must-see places for out-of-town guests are Stanley Park (86 per cent), Granville Island (83 per cent) and a beach (51 per cent)

• the top three topics of conversation were housing (49 per cent), the weather (47 per cent) and restaurants and food (41 per cent)

For the full report is go here and find the link at the bottom of the article.