By far the most e-mail I received as both a Commissioner (from 2008-2011) and as a candidate (past and present) is about dogs. This is also the hottest button issue at the Park Board and has been for some years. Mostly it is advocates of off-leash areas who write, but occasionally I receive mail from people who think there are too many dogs in the city.

Here is my response to the Dog Owners Group (DOG Vancouver) and also what I send out to people who write:

As a dog owner for most of my life, including presently (I have a 13 year old Shiba Inu named Kiku) I know the importance of space for dogs to run about. I also know that dog ownership comes with responsibilities. One of those responsibilities is to not interfere with the peaceful enjoyment of others, both at home and in public. Off-leash dogs has been the biggest issue at the Park Board for more than 20 years. The Park Board has not been able to find a solution, so best practice would suggest that we look at other jurisdictions and see what has been successful.

Calgary is the closest Canadian city of comparable size and they have had a very successful policy for some time now. Calgary has a comprehensive dog off leash program which includes:
·         lots of parks and amenities;
·         real engagement with dog owners as stakeholders and park stewards and self-policing;
·         programming and outreach to encourage responsible ownership and engaging the community;
·         school outreach programs to teach kids about safe dog interaction;
·         partnerships with private sector to provide amenities (like stations and poo-bags courtesy of pet
stores);

But it also has:
·         zero tolerance enforcement;
·         high licensing compliance rate;
·         completely self-financed animal control (ours needs to be subsidized because of licensing
non-compliance);
·
I think Vancouver could model our policies after Calgary’s as they have been very successful.  I look forward to hearing from the public on this issue. I will hear all input and perspectives with an open mind (setting my dog owner's hat aside), first as a candidate and, if elected, as a Commissioner. As a Park Board Commissioner from 2008-2011 the one thing I learned is that it is very hard to please everyone and accommodate every need. The best anyone can do is to welcome all input and work with all those concerned to come up with reasonable solutions that satisfy the vast majority of people.

Both sides need to reboot with new ideas for agreements

After dozens of meetings and thousands of hours invested, and still no agreement in sight, everyone needs to cool off and take a time-out in negotiations between the City of Vancouver’s Board of Parks and Recreation and local Community Centre Associations for new Joint Operating Agreements (JOAs), say Green Party of Vancouver Park Board candidates.

“It’s time to pause and reboot,” says Green Park Board candidate Stuart Mackinnon, a Park Commissioner in 2010, when the process began after the Park Board started revisiting JOAs that are more than 40 years old.

"The atmosphere has been toxic from the start with mistrust from the CCAs and entrenched positions from the Park Board. The mistrust is understandable — you can't negotiate with someone who says it’s my way or the highway.

“There’s so much tension, negativity and animosity in the air that everybody just needs to take a breather then start again on better footing with a new Park Board.”

Mackinnon is calling for a halt in the talks, including the City’s threat that the CCAs will be “thrown out of their community centres.”

“With the election we have a natural opportunity to cool off, maintain the status quo and then resume negotiations in better faith with new park commissioners and new ideas at the table after November 15,” he adds.

Alternatives to sharing revenues do exist, says Mackinnon. For instance, CCAs could pay a fee for the facilities and utilities they use, with smaller centres paying less and larger ones more. The funds gathered could be used to offset disparities in programming across the city.

Another approach, similar to one used in some school districts to equalize the diversity of income in various neighbourhoods, would see the Park Board taking a percentage of all revenues after expenses generated by CCAs that would be put into a fund to be shared equitably across the system for programming.

“The kind of centralization we’re seeing with the proposed JOAs is only part of what’s been plaguing our city lately — the dismantling of local neighbourhood initiatives or values with little or poor consultation with the people most affected,” says Michael Wiebe, also running for Park Board for GPV.

“The community knows what services and programming works best in their neighbourhood so they have to be equal leaders in this.”

Wishing everyone a very Happy Thanksgiving. Hoping for a world of peace and harmony 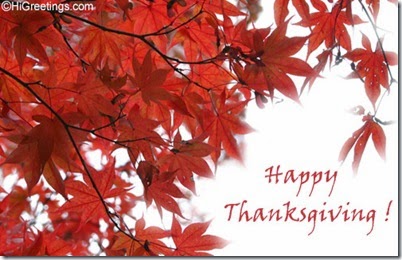 On Thursday, January 31, 1957, the Parliament of Canada proclaimed: A Day of General Thanksgiving to Almighty God for the bountiful harvest with which Canada has been blessed – to be observed on the 2nd Monday in October.
Posted by Stuart Mackinnon at 4:25 PM No comments:

Stuart Mackinnon is a Green candidate for the Vancouver park board.

Vancouver parks and recreation facilities have been neglected and need to be made a priority again. Fields, gardens, natural spaces, and community centres are deteriorating and yet little or no money is being spent for their care and upkeep. It doesn’t have to be this way. Vancouver can be a beautiful, vital, and active city again if the priorities of the park board are focused on parks and recreation.

People and community groups have been marginalized over the past six years. Citizens feel left out and disrespected. It’s time for change. Change includes putting community centres back where they belong—at the centre of our neighbourhoods—by giving them the independence to make planning decisions that reflect community needs and values. Change means listening to people, not belittling them. We need to clearly define decision-making processes and roles to better include the community.

We need to find new ways to engage the citizenry to make consultation more open and meaningful.
Vancouver is changing and the park board has to change, too. Since parks have become the backyards for many people, they should be maintained to enhance and enliven everyone’s urban experience with flower gardens, playing fields, and natural spaces.

Working with Green city councillors, park board commissioners and school trustees we can build a better Vancouver, together. On November 15 vote for a better city. Vote Green first.