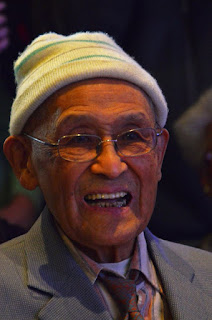 
The following is based on remarks I made at last night's meeting of the Vancouver Board of Parks and Recreation plus some additional information provided by Bill's family:


Thank you for giving me the opportunity to recognize the passing of a Vancouver pioneer and icon. Bill Wong, of Modernize Tailors, the last of Chinatown Tailor Shops passed early on Saturday morning.

Bill was born in Vancouver and raised on Pender street in Chinatown. Like many children of immigrants, Bill’s parents wanted more for their children than they could have. As a result, Bill and his brother Jack went to UBC and studied engineering.

Upon graduation due to the systemic, institutional racism prevalent in Vancouver in the late 40’s and early 50’s, neither Jack nor Bill could find employment in their field and so they returned to the tailor shop of their parents. Ever hopeful for a chance, their younger brother Milton, a few years later, studied at UBC and was more successful breaking the colour bar becoming one of Vancouver’s great financiers and philanthropists. You might remember Milton for bringing Dragon Boat racing to Vancouver for Expo ‘86 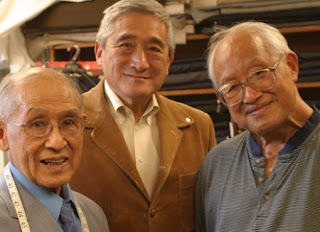 Jack and Bill continued through the years at Modernize Tailors, with Jack walking to work from his home near Queen Elizabeth park well into his 80’s. Bill continued to work right up until this past Thursday. Bill Wong was 95 years old.

I had the great privilege to know Bill Wong and would drop by the shop when I was down that way. He always greeted me as ‘Teacher’, an honourific showing his great esteem for education. He followed Vancouver politics and asked about the Park Board whenever I saw him.

With Bill Wong, another piece of Vancouver history passes. His story, and that of Modernize Tailors, has been told in the film Tailor Made: Chinatown's Last Tailors, a 2008 production you can see every once in a while, on BCs own Knowledge network.

Like many of his generation, Vancouver’s parks were the Wong family's backyards and play space. He lived across from Queen Elizabeth park for many, many years and loved like it was his own. Bill was a keen golfer who played at the Vancouver Park Board courses--usually Fraserview or McCleery-- year round, two times per week for 50 year.

Bill was an avid gardener and greatly admired the work of our Parks gardeners. Bill and his wife Zoe were long time supporters and participants in the Renfrew Park Community Centre Seniors programs.

Bill's children, as well as his nieces and nephews, were all active with Vancouver Parks and Recreation or affiliated community associations. His daughter Glenna was a Recreation Programmer for almost 35 years. Bill's sons Steve and Peter were outdoor lifeguards on our beaches. 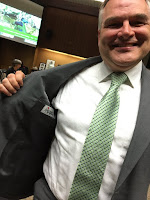 I hope you will join with me in extending our condolences to the Wong family, and thanking them for sharing Bill’s life and legacy with all of Vancouver.

A video clip of my remarks here.

I've gained a few pounds but can still squeeze into my Modernize Tailors suit. photo by Shirley Joe
Posted by Stuart at 2:36 PM