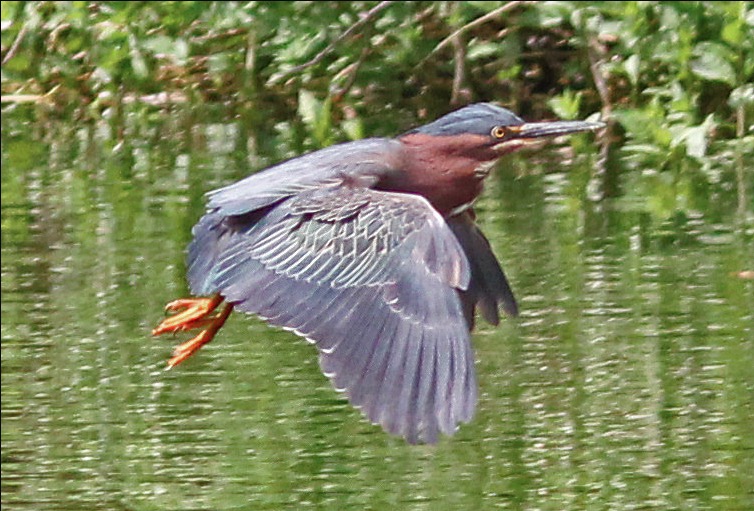 VANCOUVER, B.C. - On the agenda of the public PNE/Hastings Park Board meeting Friday evening, April 22 (6 PM, PNE Hastings Room) is a motion to endorse the continuation of the controversial “Learn to Fish” program first implemented at the Hastings Lagoon and Sanctuary in Hastings Park in 2013.

But at least one regular park-goer, Vanessa Scott - who has lived adjacent to Hastings Park since 2007 and has a background in communications, governance and environmental science - will be attending tonight’s meeting to say “not so fast.”

According to Scott, Hastings Lagoon & Sanctuary was originally constructed as a biofiltration wetland, intended to naturally filter pollution from urban runoff soiled by the emissions of nearby major streets, parking lots and a nearby gas station. It has since become an important anchor for biodiversity in the area, attracting at least 137 bird species, including nesting species-at-risk Green Herons and Bald Eagles.

Scott worries about the public health effects of consuming fish caught in a lagoon designed to capture and filter toxic pollutants, and about the cumulative impacts of the fishing program on the overall biodiversity of the Sanctuary and surrounding area.

“I was thrilled to learn that the City of Vancouver this week adopted a biodiversity strategy that explicitly recognizes the importance of constructed wetlands to biodiversity, and that also recognizes the Hastings Lagoon and Sanctuary as one of the largest of Vancouver’s rare freshwater wetlands,” said Scott. “I sincerely hope that in light of this new strategy, the PNE Board will reconsider the fishing program at the Sanctuary.”

Green Party of Vancouver Park Board Commissioner Stuart Mackinnon, long an advocate for Hastings Park to be placed under Park Board governance is more scathing in his criticism.

“The 'fishing program' is in a place called the Sanctuary. It was purpose built just for that: to be a Sanctuary for people and wildlife. This venture goes completely against its purpose and design. This is an outrageous attempt by the PNE and Vision Vancouver to turn every square inch of Hastings Park into an amusement park,” said Mackinnon.

Posted by Stuart Mackinnon at 8:13 AM