Aboriginal veterans march in Vancouver as part of national day 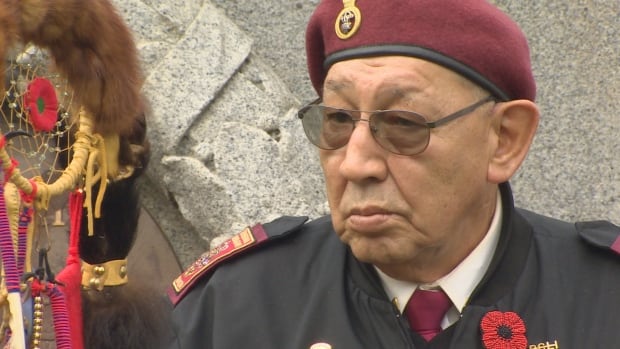 In Vancouver there was a ceremony Sunday morning at Victory Square. Dozens of veterans from a variety of combat missions took part.

"A lot of people don't know how many of our people have actually gone," said Robert Nahanee who served in the Canadian Army in the 1960s and 1970s and is from the Squamish First Nation. 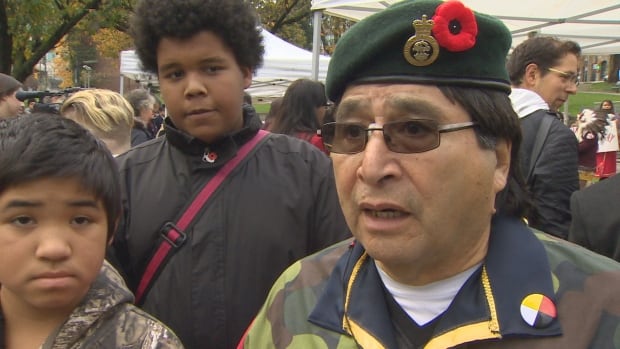 Robert Nahanee, a member of the Squamish First Nation, served in the Canadian military in the 1960s and 1970s. (CBC)

Nahanee said it is important to honour older relatives who went off to fight overseas. He said a large percentage of people from his village, in the area known as Lower Lonsdale, fought for Canada.

"During that time out of 250 people the way I understand it, 50 of our people served in the Canadian army and the American army, and the remainder of that was at home, that were able to work in the shipyards ... building warships. So they played a major role in who we are as a free country, as Canada."

It's something Grand Chief Stewart Phillip from the Union of BC Indian Chiefs agrees with. 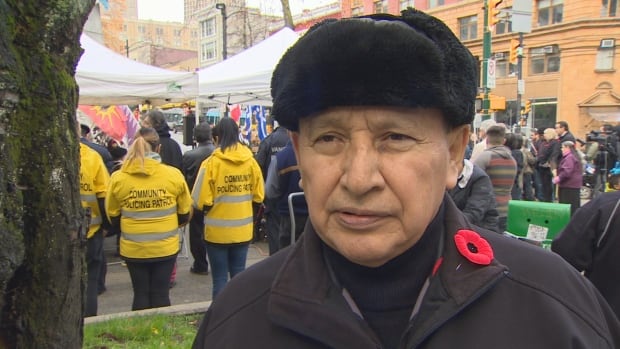 "Many of our aboriginal veterans were highly decorated and we take great pride in that fact and we commemorate this very special day, here on November the 8th to draw public attention and to pay respects to the families," he said.

Veterans Affairs Canada says the estimates are that as many as 12,000 Aboriginal people served in the First and Second World Wars and the Korean War.

This year the Canadian Aboriginal Veterans and Serving Members Association (CAV) is giving out new medallions to recognize the contributions of aboriginal veterans.