This is a posting from the wonderful ILiveInEastVan site. Please visit them for all the goings on in East Vancouver. 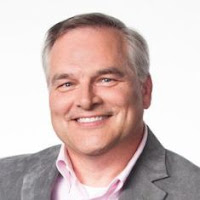 I am one of those cynical types who harbors deep skepticism towards politicians. I have never voted for a major political party’s candidate and often vote Communist or Marxist-Leninist as form of protest. Civically I generally mark an X on my ballot for the fringe and the extreme, be it Jamie Lee Hamilton or Cowboy Bob Ellis. I am telling you this so you’ll know I’m not easily swayed, and therefore genuine when I say you should vote for Stuart Mackinnon for Parks Board.

Mackinnon is a two term Parks Board Commissioner and current Board Chair who is seeking to continue to advance his belief that Vancouver’s parks pitches and pools should be places where citizens play, relax and explore. Places that allow people and nature to exist in balance. Now sure, you could argue that every candidate for Parks Board says that. But not every candidate is:


This Fall’s civic election will feature a lot of first timers (including the mayor) and possibly a lot of one termers (including the mayor). Doesn’t it make sense to retain an experienced commissioner on the Parks Board?  One who not only has the political experience, but also the experience of a true Vancouverite. I’m talking swimming outdoors at public pools like New Brighton, picnicking at beaches like Spanish Banks, and walking the sidelines of pitches like Clinton Park on dreary rainy Saturday mornings. I’m talking Stuart Mackinnon for Parks.