Not everyone is happy with the newest tenant in Stanley Park 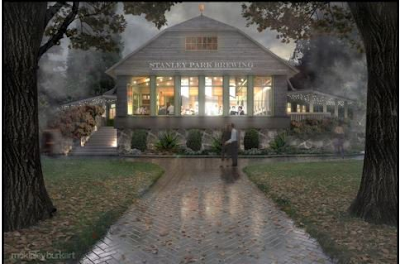 It looks like the former Fish House restaurant in Stanley Park has a new tenant and it’s Stanley Park Brewing.

The Vancouver Park Board gave the go-ahead to the plan last night, which includes $4.5 million in renovations to a building which has been around since the 1920s. That plan includes a tasting room, on-site brewing and other major upgrades.

Board Chair Sarah Kirby-Yung says Stanley Park Brewing has a long connection to the park including support of the local Ecology Society and she’s hoping they’ll stay on long-term. “They have, on more than one occasion since the windstorm back in 2006, or with other brews or programs demonstrated their involvement and support for the park and I think that is a unique option.”

However, Commissioner Stuart Mackinnon voted against the plan. “Stanley Park Brewing is owned by Labatt, who in turn, is owned by Anheuser-Busch InBev — the largest multi-national beer company in the world.”

He adds there were plenty of Vancouver businesses who would have loved to have been in that location and likens it to a McDonald’s coming to the park. “I don’t believe our parks are meant for commercial manufacturing of products. There are lots of places within Vancouver to put factories.”