The continuing defacement of a Vancouver monument has concerned citizens asking city hall for answers.

Geese droppings have been defacing the Women's Monument in Vancouver's Thornton Park since 2013.

The monument features 14 pink granite benches in memory of the 14 women who were murdered in the 1989 École Polytechnique massacre in Montreal and is dedicated to ending violence against women. 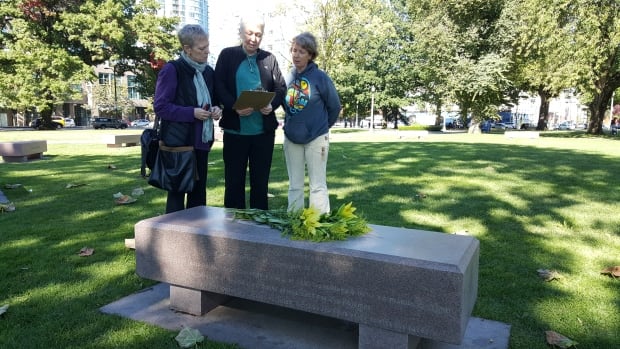 Chris McDowell belongs to the Women's Monument Committee, which is trying to find a long-term solution to keeping the benches clean.

"We created this with the support of thousands of people to fight violence against women, and it really ruins it when it's covered in excrement," said McDowell.

She says geese have been displaced into the park by nearby property development and is urging city hall to create bylaws and policies that make developers accountable for relocating wildlife. 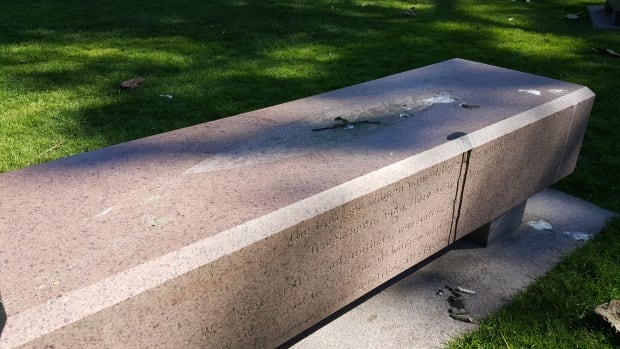 The benches are designed to gather rainwater and portray a pool of tears. McDowell said when the geese were displaced, the bench pools became their one water source.

"They excrete up to four pounds a day. They excrete involuntarily, and when they drink they excrete. And it's just amazing what a mess this monument can become," said McDowell. 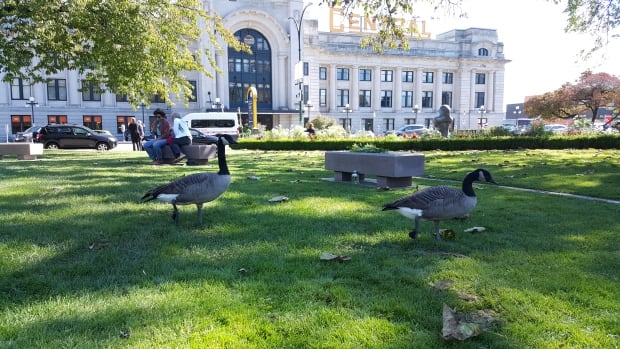 Vancouver Park Board Commissioner Stuart Mackinnon says the park board has looked into increased cleaning. They have also investigated moving the geese and have put up signs asking the public not to feed or disturb the geese.

But Mackinnon insists these solutions fall short of the bigger issue of animal displacement due to development.

"It's bigger than just the goose problem here, although that's what we're talking about, but having developers take the initiative to relocate in a humane fashion wildlife that they're disturbing, I think that that's a very important issue and that's something the city can be involved in."

McDowell says the number of geese has grown from 12 to 67 over the last three years, and with the construction of St.Paul's Hospital next door, she experts more wildlife to relocate to the park in the future.
Posted by Stuart Mackinnon at 7:48 AM